… or if they had a choice, would they want democracy?

5% of Chinese are communists and most are volunteer members of the Communist Party.

100% of Chinese support democracy because China is the world’s leading democracy right now. Let me explain:

Democracy is, “government by the people; a form of government in which the supreme power is vested in the people and exercised directly by them or by their elected agents under a free electoral system”.

A democracy is a society in which the majority of the people has the ability to make decisions about their political and social life.

Americans do not have the ability to make decisions about their political and social life. America is not and has never been a democracy. President Trump was voted for by 26% of the electorate, with one and a half million votes less then his opponent and both candidates were selected by a process that involved fewer than 10% of the people and widely disliked from the start. So the radically less popular government is democratic?

The USA is not and has never been a democracy. Its founding fathers hated democracy and never mentioned the term in the constitutional documents. Says Gore Vidal:

Even voting on presidential appointments is done by non-elected people – as we saw with President Trump.

In their book, Testing Theories of American Politics: Elites, Interest Groups, and Average Citizens, Political Science (2014), Professors Gilens and Page found that “the preferences of the average American appear to have a near-zero, statistically non-significant impact upon public policy”.

Government policy … reflects the wishes of those with money, not the wishes of the millions of ordinary citizens who turn out every two years to choose among the pre-approved, money-vetted candidates for federal office.

When citizens are relatively equal [economically], politics has tended to fairly democratic. When a few individuals hold enormous amounts of wealth, democracy suffers.

The American people distrust genetically modified foods but Congress has consistently ignored their wishes and even refuses to label GM foods as such. Not in China.

Chinese do have the ability to make decisions about their political and social life and have had that ability since their first election in 1951. Constitutionally, electively, popularly, procedurally, operationally, performatively, financially, China is fully democratic.

In 2016 Beijing promised farmers that GM maize and soybeans would be commercially available by 2020 and the Agriculture Ministry launched an intensive propaganda campaign about their benefits. Alas, when the Ministry sent up legislation in 2018, Congress found⁠ half the country opposed to GM, eleven percent considered it “a bioterrorism weapon aimed at China”, and barely ten percent who approved. The legislation was shelved {1}.

Here are four snapshots of Chinese democracy beside American oligarchy: 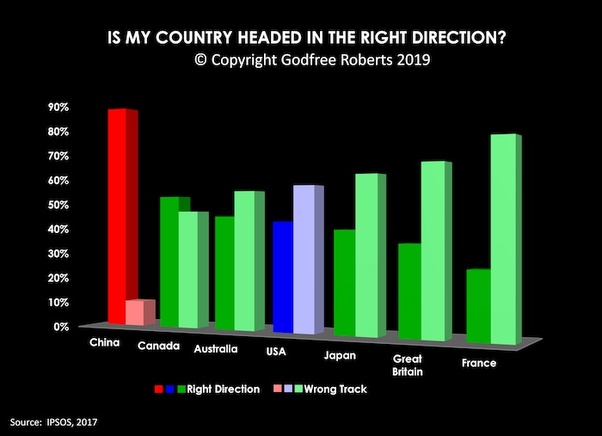 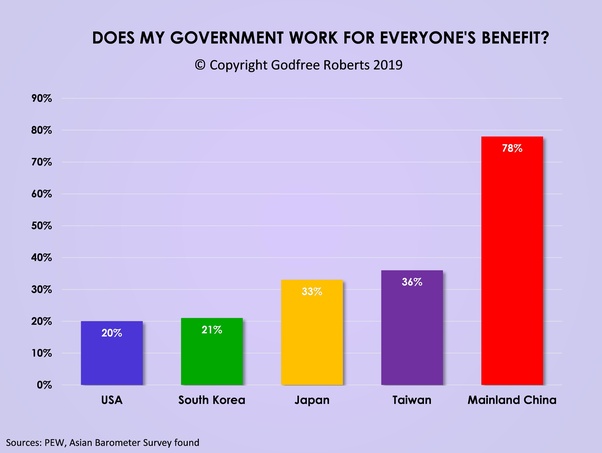 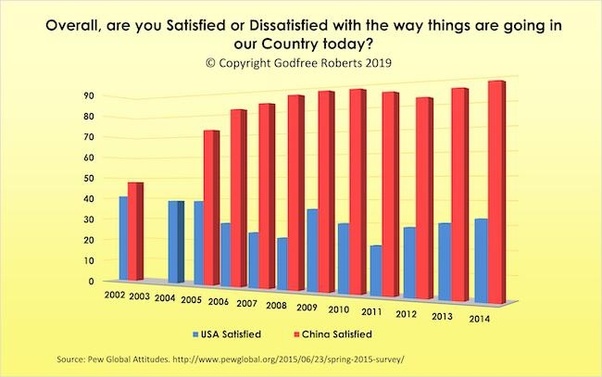 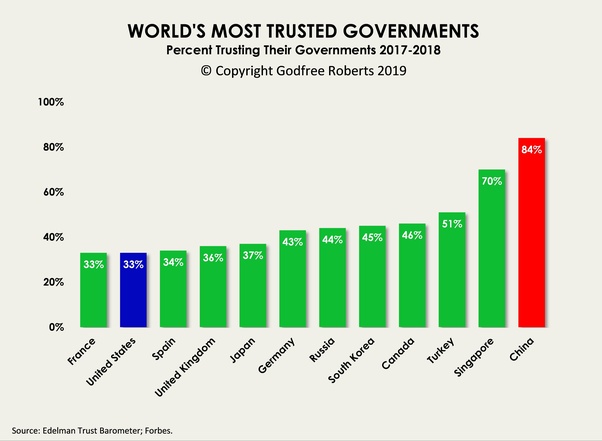 The idea that a Communist country cannot be democratic is just American propaganda, as is the idea that America is a democracy. They are both lies.