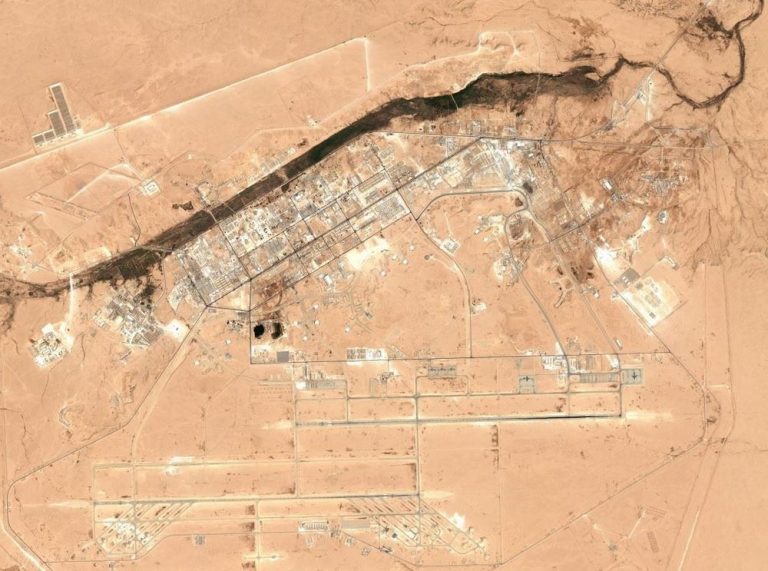 US President Donald Trump’s approval ratings, at 49%, are now at their highest ever level since his assumption to office three years ago {1}. Trump is a heavy favourite to be re-elected in November, a likelihood which the ever-growing number of Western bookmakers unanimously agree upon, with Bernie Sanders a somewhat distant second favourite.

It should be clear to anyone by now, that the Western media campaign against Trump over the past four years has been an utter and complete fiasco. Trump’s acquittal in the impeachment trial now constitutes another blow to his enemies.

The mass media, often echoing the Democratic Party stance in America, have been focusing on the wrong issues in a self-serving and ill-judged effort to discredit Trump. The attempts in linking him to Moscow have been disingenuous for the most part, routinely overlooking Bill Clinton’s blatant interference in the 1996 Russian presidential elections – Clinton, while dining at the Kremlin on 21 April 1996, actually informed Russia’s electorate they had better vote the right way, that is for Washington’s proxy incumbent Boris Yeltsin, or otherwise there would be “consequences” {2}.

Broadly speaking, the press has avoided mentioning the greatest dangers posed by Trump’s presidency: the growing possibility of nuclear war with Russia or China as weapons treaties are abandoned, along with his administration’s contempt for the environment and climate change.

Under Trump, there has been an ongoing rise too in military expenditure (described ironically as “defence spending”) with many hundreds of billions of dollars forked out each year, dwarfing China’s arms expenses in second place, with Russia barely featuring {3}. It is quite a defensive operation that the Pentagon has been pursuing with three of its main adversaries, China, Iran, and North Korea, almost surrounded by about 500 US military bases.

On its own, China is ringed by at least 400 of these bases stretching from northern Australia, up through the Pacific, across eastern and central Asia {4}. This encirclement of China – the largest military build-up since the mid-1940s, involving warships, submarines, and bombers, et cetera – was implemented by President Barack Obama following his announcement in late 2011 of a “pivot” towards Asia.

In the post-1945 years, US global power reached its low point at the end of the George W Bush presidency in 2009. At that time, even the traditional “backyard” of Latin America was drifting away from US control, through the emergence of left-wing governments and establishment of greater integration between themselves.

Yet over the past decade, left-leaning Latin American administrations have largely disappeared, neither able to resist the temptations of corruption (notably in Brazil), nor were they capable of diversifying their economies away from a heavy dependence on raw materials like oil (Venezuela). Other major South American countries such as Argentina likewise relied on increases in commodity prices, which is a temporary phenomenon that before long declines {5}.

Chavez’s immediate successor, Nicolas Maduro, has clearly had a central role in the crises engulfing Venezuelan society {6}. Living conditions are plummeting in Venezuela and millions of the country’s inhabitants have fled. Venezuela has by now become almost totally dependent on its oil industry, which is an ill recipe, to put it mildly.

The situation has degenerated due to Maduro’s shoddy handling of the economy and exacerbated further by the White House sensing blood with the implementation of crippling sanctions, worsening self-inflicted wounds.

In Venezuela and elsewhere, Washington’s “soft power” organisations like the National Endowment for Democracy (NED) have been funding elite opposition groups for years. While US interference in Venezuelan affairs has impacted seriously on the country, it has been a contributory factor to the turmoil, rather than the overwhelming cause.

To Maduro’s credit, he has managed so far to stabilise his position, and thwart US attempts to oust him, but by ensuring his government’s survival he must address an array of problems plaguing a country which holds the biggest oil reserves in the world – the principal reason why Washington is so intent on ousting Maduro.

Over the past decade in Latin America, right-wing governments have capitalised on the shortcomings of the left, usually with assistance from the Obama and Trump administrations. By now, the right has re-emerged strongly in Latin America, bolstered most recently in November 2019 with the US-backed ousting of Evo Morales in Bolivia, which Trump publicly applauded the following day, describing Morales’ demise as “a significant moment for democracy in the Western Hemisphere”. {7}

Washington has restored much of its former hold over the Western hemisphere, thereby pulling clear of the nadir of post-World War Two American power which heralded the end of Bush’s eight-year tenure.

Elsewhere, though it is important not to overstate it, China does represent a growing threat to the US financial world order. In the 21st century, Beijing’s creation of associations like the Belt and Road Initiative (BRI) and Shanghai Cooperation Organisation (SCO) has been a significant development in international affairs, challenging World War Two-era institutions like the World Bank and IMF, both headquartered in Washington.

However, this is partly negated by China’s position on the UN Human Development Index (HDI) table, whereby it sits in 85th spot among the world’s countries, 13 places below Cuba.

The UN HDI provides a penetrating insight into a country’s living conditions, based on life expectancy, per person income and education. Despite some hysterical forecasts, it is unlikely that China will even come close to usurping America’s standing as the “global hegemonic power” in the foreseeable future, leaving the US in a continued unassailable position. {8}

Gross National Income (GNI) statistics reveal that the typical Chinese person earns less than a third of the annual salary by comparison to the average American. Altogether, living standards in China are also below that of Thailand, Colombia, and Algeria {9}.

Meanwhile, the Pentagon is presently constructing even more military bases mostly with China in mind, across far-flung destinations like northern Australia, the Japanese island of Okinawa, the Pacific island of Papua New Guinea, and also Syria. {11}

Further westwards, positioned at the heart of the Middle East is another long-time US foe: oil- and gas-rich Iran, a country which is encircled by 45 US military bases and around 70,000 American troops – with these bases and infantry located in various Middle East states and oil dictator countries like Bahrain, the UAE, and Saudi Arabia, which hem Iran in around the Persian Gulf. {12}

The Middle East, swimming in oil and gas, is the most vital region on earth from an imperial strategic viewpoint, as has been recognised by US and British planners dating to World War Two.

US government fixation on Iran has little to do with concern for the Iranian populace, and much to do with the fact this nation contains the planet’s fourth-largest quantities of oil, along with the second-highest levels of gas. The Iranian leadership is quite repressive but the Saudi Arabian dictatorship, a key Western ally, is appreciably worse with a dismal human rights record stretching back decades.

Iran’s people have borne the brunt of US sanctions, at least in part because they had the temerity in 1979 to oust a US/UK puppet dictator, the Western-educated Shah. A fear has persisted among Western elites that Iranian nationalism could spread to neighbouring Iraq and, worse still, Saudi Arabia, though the latter possibility is slim at best. The fact that Iran is outside of US control is a separate reason for the intimidation, including outright military attack, a severe violation of the UN Charter.

The US-led invasion and occupation of Iraq had disastrous consequences, most worrying from an American viewpoint, closer relations did develop between Iran and a near decimated Iraq – two countries which together contain almost 20% of the world’s known oil reserves. America’s status in the Middle East is weaker as a consequence.

Other reckless and uncalled for actions, like assassinating an influential Iranian general last month, may further erode and undermine the US position along this critical area; but as in almost every region, the American military presence is uncontested, with additional thousands of US troops this year being dispatched to the Middle East.

As with China, its diminutive neighbour North Korea is largely surrounded by US military forces, advanced equipment, and bases. In the immediate vicinity of North Korea, the country is encompassed by 38 US bases, 15 of which are located in South Korea across the border where almost 30,000 US troops are stationed. Another 23 US Army installations are situated a little further to the east in Japan.

North Korea’s dynastic regime has managed to survive for over 70 years which, it must be said, is an astonishing feat, as this isolated country has consistently been under threat of an American invasion, and is enduring harsh sanctions which affect North Korea’s populace the most.

Since the Korean War (1950~1953) in which the US Air Force almost destroyed North Korea, the closest that the Kim dynasty came to being ousted was quite likely during the summer of 1994 when president Clinton nearly attacked North Korea with F-117 stealth aircraft and cruise missiles – as later attested to by Robert Gallucci, an Assistant Secretary of State during the Clinton years. {13}

With the Pentagon pondering an attack on North Korea in June 1994, US government officials estimated a death toll of up to a million people in the event of an invasion, which was finally deemed too risky and simply not worth it. Had the North Korean autocracy not armed themselves to the teeth as a deterrent, they would have been toppled long ago.

North Korea is positioned in one of the most strategically important parts of east Asia, hence the continued attention from US governments.

Shane Quinn obtained an honors journalism degree. He is interested in writing primarily on foreign affairs, having been inspired by authors like Noam Chomsky. He is a frequent contributor to Global Research.

{12} Robert Fantina, “US Encircles Iran with 45 Bases, But Is Concerned With Iran’s Activities In Syria, American Herald Tribune, 16 January 2018, https://ahtribune.com/world/north-africa-south-west-asia/syria-crisis/2098-us-iran.html