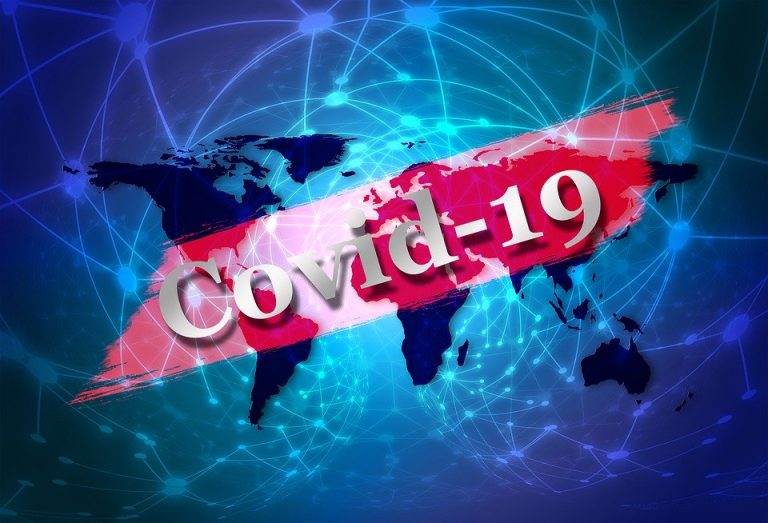 The US State Department and media are heavily promoting as theology that COVID-19 is “a Chinese virus and China spread it around the world”, demanding apologies and more. One American law firm in Florida filed a class-action lawsuit against the Chinese government, seeking compensation for ‘damages’. {1} I have reviewed and analysed the details available of all first and subsequently confirmed infections in all countries, including infection source, virus strain, and timeline, in which data provide ample evidence that this American theology is not supported by the facts. There appears to have been two major ‘waves’ of global infection, the first around the end of January, the second a month later. {2} {3} {4}

It is true that – in the very early stages, the first wave – 22 countries had their first confirmed infections in travelers from China but, soon after this, in the second wave, 34 countries obtained their first confirmed infection in travelers from Italy, and another 16 from Iran. However, so-called “first infection” in these countries, from Chinese citizens or other travelers, proved in all but perhaps two cases to be irrelevant because these first external infections proved to have no links to the subsequent local outbreaks, and because the virus strain in many of those explosive local eruptions did not exist in China but only in the US.

What this means is that while Italy discovered its first two infections in Chinese tourists, these two were unrelated to the subsequent virus outbreak because the strain infecting Italy is different from that in China and in those two Chinese tourists. Italy, like almost all other countries, did not obtain its infection from China and indeed could not have done. The only country with Italy’s variety of the virus is the US, and thus the infection must have originated in America, not in China. Similarly, the locations near China – South Korea, Japan, Vietnam, even Taiwan Province, share an entirely different common strain. China had only a tiny pocket of that strain, and very far from Wuhan. These were not infected by China, either. I have dealt with this in an earlier article. {5}

Much was made in the American media of the “first American virus infection” being a Chinese traveler from Wuhan, but that was also irrelevant because the massive underlying epidemic waiting to break free (as it soon did) was unrelated to that Chinese citizen, the thousands of infections in Washington, California, and New York clearly stemming from unidentified (and unsought) local sources.

Given the high volume of Chinese passenger traffic around the world, it isn’t surprising that some infections would have been discovered in Chinese nationals in other countries and, since the first outbreak occurred in China, it was natural to test travelers from China. Because of that focus, few countries thought to check travelers from the United States. Australia did check, the country’s Prime Minister recently stating that 80% or more of all infections in his country occurred in the US, then traveled home. {6} Similarly, Iceland confirmed that some of their coronavirus infections have been traced to Denver. {7} {8} I have a strong suspicion that if all countries review the travel history of their early infections, they will discover more US traffic in the mix, perhaps predominantly so.

If you can get people focused on asking the wrong question, you don’t care about the answers. The wrong question is whether the original virus came from a bat or a pangolin or a banana, but that’s irrelevant. It wasn’t a bat or a banana that infected the people in Wuhan, but a live person – or a person carrying a live virus in a pail. The right questions to ask relate to the identity of that person and the source of the contents of that pail, and those answers seem to lead us to the USA. Certainly, they are not to be found in China.

Let’s take a quick look at those two waves of infections that circled the globe.

I make no claim to being a virologist, but this is beginning to look damned peculiar. A natural virus hasn’t the ability to simultaneously infect 85 different countries on all continents of the world, with outbreaks in multiple locations in each country – and to do it without the vehicle of a seafood market full of bats and bananas.

More peculiar is that these countries were by no means all infected with the same variety of the virus, which means the simultaneous infections in these 85 countries were not from the same source. Even more peculiar is that most countries, at least the major ones, reported simultaneous outbreaks in multiple locations and, to date, while some nations have been able to identify one or more of their ‘patients zero’, I am aware of no country that was able to definitively identify all their several ‘patients zero’. Considering the above information in light of the known basic facts of virus transmission, intuition suggests at least the possibility of there having been many people carrying a pail of live viruses.

It is interesting to note that high fatality rates are entirely within Italy, Iran, and China. For approximate figures, China’s fatality rate is between 3% and 4%, that of Iran at about 7% and Italy the highest at around 9%. Even more interesting is that if these countries did pass their strain of the virus to other nations, those strains abandoned their lethality when they left home. Of the 34 countries supposedly infected by Italy, for example, all exhibit very low mortality, the same being true of Chinese or Iranian infections. The natural conclusion is that these viruses prefer their ‘home populations’ and pose at best a minor threat to others.

Larry Romanoff is a retired management consultant and businessman. He has held senior executive positions in international consulting firms and owned an international import-export business. He has been a visiting professor at Shanghai’s Fudan University, presenting case studies in international affairs to senior EMBA classes. Mr Romanoff lives in Shanghai and is currently writing a series of ten books generally related to China and the West. He is a Research Associate of the Centre for Research on Globalization (CRG). He can be contacted at 2186604556@qq.com.