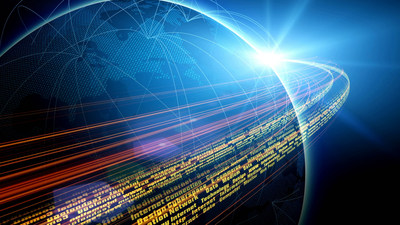 I wrote an article on March 19 2020, titled, “All Truth Has Three Stages”, listing them thus: First, it is ignored. Second, it is widely ridiculed. Third, it is accepted as self-evident. In this, I omitted something of importance. The second step actually has two stages: the truth is widely ridiculed but, if ridicule proves insufficient to prevent truth from gaining traction, hired assassins emerge to kill the messenger, usually figuratively but sometimes literally. Only if this final effort fails can the truth gain sufficient public recognition to finally become accepted as self-evident.

My COVID-19 (which I have renamed COVID-US} articles have to date achieved downloads and readership in the millions in North America. They have now been translated into many languages (including even Albanian) and re-posted on websites and blogs in most countries with whose names you are familiar. A spokesman from China’s Foreign Ministry made a post on Twitter with a link to my article “COVID-19 – Further Evidence that the Virus Originated in the US”, saying my virus articles changed the way he looked at everything, and wrote in his post, “This article is very much important to each and every one of us. Please read and re-tweet it.” He also made a similar post on Weibo in China, with a link to the same article, and that post received 160 million views – confirmed by an article in The New York Times.

The sheer volume overwhelmed attempts at ridicule, causing great alarm and leading to assassination as the normal course of events. I was then flooded with charming messages from people wanting to “reach out” to me, in some cases “to better understand” me, these including the US Embassy in Beijing, every major North American (and some lackey European) media, and a ragtag collection of various categories of misfits. Some pretended to be serious European magazines requesting permission to publish my articles but clearly more interested in obtaining my banking details and contact information (so they could pay me). Failing that, they requested my physical location and address to “personally” send me printed copies (or perhaps pay me a visit for other reasons). Others pretended to be graduate students at colleges ranging from Harvard to West Overshoe, Kansas, to Nairobi, Kenya, again less interested in research than in obtaining personal details, contact information, and, above all, precise physical location.

One prominent journalist from one of the US big three newspapers sent repeated emails at first with many personal questions that were none of his business to know, including the reason for my “low profile” and, most importantly, whether the Chinese government was paying me. He then progressed to sending me reams of personal details such as my birthplace, the number and gender of my children, the names of former business associates, even sending photos of me from my university and later days, and much more. Our mainstream media journalist-cum-extortionist was hoping to intimidate me into a personal meeting. Others made more limited attempts.

These activities were concurrent with the White House suddenly declaring all COVID-19 meetings and information as classified “because it had something to do with China”, and with Mr Pompeo instructing all State Department staff worldwide to “blame China” for the virus.

Then I received a message from someone claiming to be “a fact-check reporter” at Gannett publishing. To fulfill his mission, he seemed to need the names and places of all my research sources, the names of “writers, officials or commentators” (and collaborators) who agreed with my position, and, more precisely, “from where did you collect the research in your article?” I didn’t reply, and the next day all my virus articles became persona non grata on Facebook, all links and postings refused on the grounds of “fake news” (for the protection of innocent Americans). All WordPress accounts appear to have quickly followed suit. Birds of a feather, it would seem.

Much more happened. The Taiwanese pharmacologist who first broke the news of US being the only likely source of the virus, was harassed and attacked so badly online by the Voice of America (VOA) and other US agencies that he closed all his social media accounts and went into hiding. US radio stations that had requested live interviews would send a message only hours before going on air, that they suddenly required “more time to plan” the program – never to be heard from again. Others have been sought out, intimidated, and harassed, online radio stations forced to remove podcasts, and others threatened as well. And of course, Google has become astonishingly selective in information it cannot seem to find. As I have written before, the only value in freedom of speech depends primarily on having control of the microphone.

These attempts failing to stem the tide of public awareness, the platform which had been publishing my virus articles was discovered to have suddenly removed them. I won’t go into details, but think ‘NATO, CIA, RCMP, US Government’, and not necessarily in that order. Having failed to locate and silence me, the thugs unplugged the microphone. The US censorship network is not only tightly-knit and well-organised, but has more muscle than most of us would imagine. And no hesitation in using it.

Which brings me belatedly to the point of this email. My virus articles are now available in many languages (and more to come) at https://www.moonofshanghai.com/

It is necessary for us to continue the momentum of the tide so truth can reach the third stage. There is progress, and there will be more.

French virologists have now concluded “The coronavirus outbreak in France was not caused by cases imported from China, but from a locally circulating strain of unknown origin …”, {1} and, from other studies, that strain existed only in the US. My information is that Italy, Spain, and perhaps also Portugal have come to the same conclusion.

Next, “Data shows Canada’s early COVID-19 cases came from the US not China”. {2}

Of considerable interest is that New York is now feverishly telling Americans that the “Coronavirus came to New York from Europe, not China”. This is not being done to defend China, nor from any sudden surge in Christian righteousness. Rather, it is a pre-emptive move to deflect the blame which is certain to follow the inescapable conclusion that Europe was seeded from the US. The basis for their claim appears to be solely that the virus strain affecting New York and Italy are identical, the blame attributed to “travelers” from Italy infecting Americans in New York while ignoring the fact that the airplanes are not empty when flying from the US to Italy and all evidence is that the infection occurred in the other direction. {3} {4}

Then, “Study: 2nd Japan infection wave came from West”. It appears that Japan’s first infections, like those in several other countries, were among a few visitors from Wuhan, but “The virus confirmed in Japan had a characteristic closer to the gene of the virus that spread in European countries than that from Wuhan”, and Europe’s haplotypes appear to have originated in the US because only the US has all the strains. {5}

Australia’s Prime Minister recently stated that 80% or more of all infections in his country came from the US. {6} Similarly, Iceland confirmed that some of their coronavirus infections have been traced to Denver. {7} {8}

Then, The mayor of Belleville, New Jersey, Michael Melham, said he has tested positive for coronavirus antibodies, adding that he contracted the novel coronavirus in November, over two months before the first confirmed case was reported in the US. {9} Anders Tegnell, Sweden’s chief epidemiologist, said the coronavirus may have been circulating in the country since November. {10}

Lastly, there is something strange about the virus in Russia. For a long time, Russia had only a few infections, rising steadily by only five or ten per day, then suddenly it exploded, rising by 5,000 and then 10,000 per day. Virus outbreaks don’t normally manifest that way. The normal process is a steady increase and rapid acceleration in the number of infections until it peaks, as happened with all other countries. But with Russia, the infections were minor for a long time, steady at very low numbers, with all the indications of an unsuccessful epidemic. I would be very interested to see the genome sequences from the first infections in January and February, and for those happening in April and May. I suspect the two varieties are different, which would suggest Russia was seeded again with another variety for a second attempt.

If I may, I would like to ask that you forward the above Moon of Shanghai link to any friends or acquaintances who might be interested. You are of course free to forward this email article as well. In spite of the above hindrances, it would be tragic for the public information momentum to be lost. Please help to give the Moon of Shanghai the traffic it deserves. And, if you are so inclined, perhaps say a prayer for failed assassination attempts.