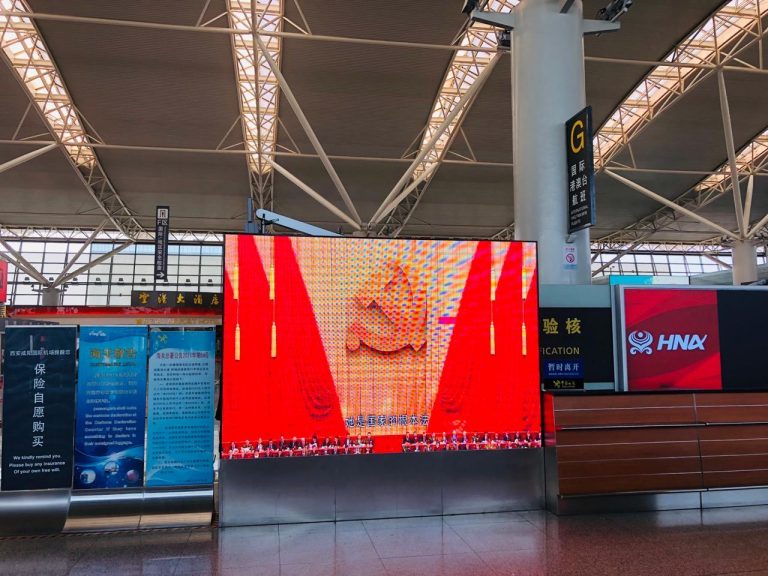 A spectre is haunting the United States – the spectre of a “China-centric world”. By voicing this concern President Trump pledges to “Keep America Great”. Some of the European allies echo this concern. Others remain conspicuously silent. But what exactly is this concern about?

The United States has enjoyed the status of a sole superpower for three decades. The Soviet Union, whose military parity Washington had reluctantly respected, no longer exists. After the first decade of docility, post-Soviet Russia has assumed a more independent position but faces serious economic challenges. China is a much bigger player, politically disciplined, industrially powerful, and technologically advanced.

But, in spite of often voiced fears, China does not threaten liberal democracies or a “liberal rule-based world”. Unlike Western nations with their long history of military and political intervention around the world, China has shown little interest in how other countries are governed and is not in the habit of imposing regime change. Moreover, it has learned to benefit from peaceful conditions of free trade and globalization, both of which were promoted by the United States and the institutions it helped to create. China’s Belt and Road initiative is meant to capitalize on this success by improving inter-regional connectivity and logistics.

The reaction to the Covid-19 pandemic in the United States has exposed serious vulnerabilities of the country. But long before this public health crisis, the Americans feared China might beat them at their own economic game. This is why the US government has come to resort to a variety of political measures to counter China’s industrial and technological ascendance. It has also increased military presence in China’s perimeter.

However, China will not respond symmetrically. It will not seek military bases in Canada and Mexico in order to match the presence of US forces in Japan and South Korea. Rather, it is building up credible deterrence. The Shanghai Cooperation Organization (SCO) is regional in scope and consists of seven full members, four of them nuclear powers (China, India, Pakistan, and Russia).

The spectre of a China-centric world, just as “the Red Menace” and “the War on Terror” in the past, serves the useful purpose of increasing US military expenditures. Empires in decline tend to be violent. The actions of Britain in East Africa and of France in Algeria in the 1950s embody this tendency. The prospect of a military conflict with China may enthuse some people (it was the Second World War that pulled the US out of the Great Depression) but remains dubious because of nuclear weapons.

In February 2020 the Munich Security Conference came up with the concept of “Westlessness”, that is, a growing inability of the West to shape the international order in line with its values. It refers to a divided and in some parts increasingly illiberal West that seems to be retreating from the global stage. But this does not mean that “East” is about to take its place. Admittedly successful in peacetime competition, China has neither rational need nor cultural predisposition to imitate the imperialist experience of Western powers. To secure peace that has benefited it, China may use its weight to strengthen international organizations, such as the United Nations, and enhance a multi-polar world. This may be seen as a threat, but only a threat to the American ambition to dominate, often mistaken for “American leadership”. The current anti-China tantrum in Washington further undermines America’s credibility and encourages European politicians and investors alike to eye China as a more reliable partner.